Love can be with anybody of any race. Being in an interracial relationship should never be a problem even in the late 1950s. But anytime a movie is given the topic on anything historical in the world, it means it’s a lesson that needs to learn which is what Loving is going to do.

Based on the true story of Richard and Mildred Loving (Joel Edgerton and Ruth Negga), who are an interracial couple in the state of Virginia. But they violated the state’s anti-miscegenation statute as the law says they can’t, and over the course of ten years, they law against this law to show that any race can be with one another.

Writer/director Jeff Nicolas has given a name for himself in the past few years. Right down to Mud to this year’s Midnight Special (also starring Edgerton), he’s a prominent director who can tackle anything. This was a subject I’m kind of familiar with as this was a law that was captivating around that time. With Loving, it’s proven to be a story that’s right for the times we live in now. 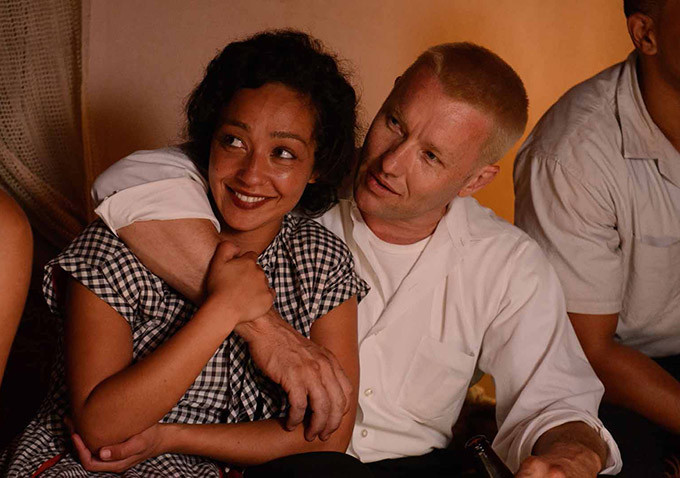 The performances from Edgerton and Negga are very present. You believe that this is a real couple from the scenes they’re in together. I still consider Edgerton underrated after giving great performances in Warrior or The Gift. But he gives a powerful performance as Richard Loving. He doesn’t speak a whole lot, but it’s the emotions he goes through that shines. I don’t know Negga all too well as I know she’s killing it in AMC’s Preacher, but she gives a down-to-earth role as Mildred Loving. This role did garner her a memorable breakout performance that gave her a Best Actress nomination. Both of them carry the film through thick and thin.

This story is based on the Loving v. Virginia court case law, one of the biggest civil rights cases in U.S. history, and it’s a law that almost everybody should appreciate by now. It’s just fascinating that it was a big issue back then. Interracial relationships never bothered me when I was growing up as I feel like anybody should be allowed the be in a relationship with anything no matter the ethnicity. If you’re a white male in love with a person of color or vice versa, that should’ve caused a stir to other people. Nicolas does a terrific job capturing the time period with his script and directing. The quiet nature of almost every scene is carried on with dialogue that feels genuine.

A couple qualms that I had with Loving is that I wished there was more meat to the actual story. This does a great job at staying consistent, but it didn’t seem like a lot of information was given to us to fully understand where this couple is coming from. It just needed some more background before these events take place. Even for a smaller movie like this, there wasn’t anything really big. Also, Nick Kroll as miscast as ACLU lawyer Bernard Cohen.

Nonetheless, this is an important story that I’m glad is being told. Love can be a part of many things throughout life, and it can’t be stopped whoever feels like. Even though it didn’t achieve that emotional strive from a real-life thing that changed history, it’s really worth a watch.

While it wasn’t as emotional or goes deep into this fascinating and relevant story, Loving still holds strong with its main leads.