It was a ballsy move for 2006 to have two dramas focusing on one of the most terrifying days in American history: 9/11. Not to say it was too soon, but it was possible some people would think this isn’t something we needed. Those two were United 93 and World Trade Center (directed by Oliver Stone), the former is what’s being talked about today. It was only five years after the attack that’s still fresh in almost everybody’s mind who witnessed something so horrible. But when there’s always a year where two films are similar, it’s clear this is the one more people remember as an astonishing feature in one of the year’s best.

What’s the Story: On Sept. 11, 2001, terrorists seize control of United Airlines Flight 93 and three other planes. As realization of the imminent horror dawns on passengers, crew and loved ones on the ground, the courageous acts by those held hostage in the air count down in actual time. 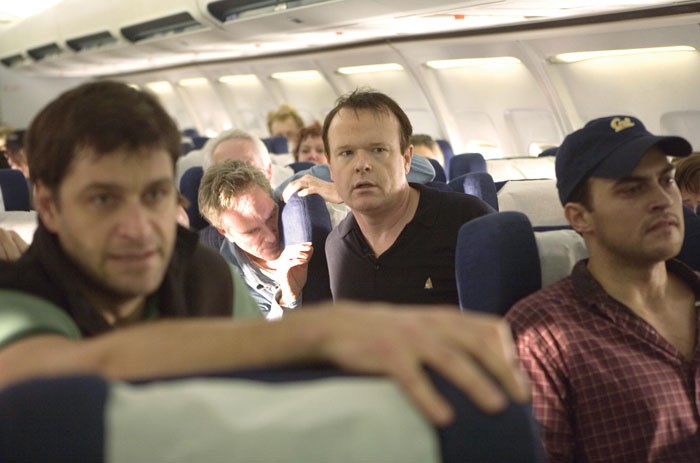 The first time I’ve ever heard of the film was when I saw the poster and was just enamored by the look of it with the tagline, “September 11, 2001. Four planes were hijacked. Three of them reached their target. This is the story of the fourth.” If you asked me to think back to my memories about what happened that day, I wouldn’t know. I was only five-years-old when it happened, and all my mom told me she saw no planes in the air since the daycare I was attending was right near the airport. Truth be told, I finally learned about it a few years later. When I took World Geography during my freshman year in high school, we watched two documentaries about it. One of them was comprised of actual camera footage from different people. To this day has still affected me when I watched it. United 93 was the first Hollywood movie to touch on the events of 9/11, and it would be easy to say it wasn’t too soon for this to come out when it’s a real reminder of the many victims who lost their lives as they had more to offer in the world.

Paul Greengrass was behind not only the direction, but he wrote the screenplay, which was loosely adapted from the 9/11 Commission Report. No wonder he gets so much credit for the film because he does a great job of putting this in real-time, almost like I saw watching a documentary, putting the attention on the airline, and witnessing how everything went down in a fictional, yet authentic experience. The British director broke through with his two previous efforts in re-telling the mass shooting in Derry, Northern Ireland in 2002’s Bloody Sunday, and continuing to tell Jason Bourne’s story in 2004’s The Bourne Supremacy. His next drama in capture something that happened a few years before its release showed he was a capable director of getting the job done. He made us feel like we’re one of the passengers on board, not knowing terrorists were about to take over the plane. There was something about the build-up that worked perfectly. The moments where it switches back to the scenes on the plane will increase your anxiety. Even though we already know what’s about to happen, you still feel nervous.

One of the most interesting aspects is that the director decided to use recognizable actors to play the passengers and crew. The only one I noticed was Olivia Thirlby (Dredd), who had a minor role. There were a few who played themselves, including Ben Sliney, whose first day in his position of Federal Aviation Administration (FAA) occurred on 9/11 and gave the order to ground all planes in the country while these different hijackings were happening.

Never once did it feel like I was watching actors on screen, as they did a terrific job at portraying real passengers on the plane in how the fear in their faces wasn’t faked. We don’t get to know any of the characters since developing them isn’t exactly the point, but this film does its job at making the viewer worried about them and hoping they would survive in the endgame, even if none of them are the labeled as the main character. It was heartbreaking watching the scenes of the passengers on the phones telling their loved ones they love them in case they don’t make it. For me, that’s a hard thought to ever think about when we all wished the infamous day never happened, hoping every man and woman survived. I had to prepare myself for certain things that could make me comfortable, and there were a couple of times where I tired up. Just the last shot where the plane crashed near Shanksville, Pennsylvania hits you like a punch in the stomach, especially knowing all were killed. 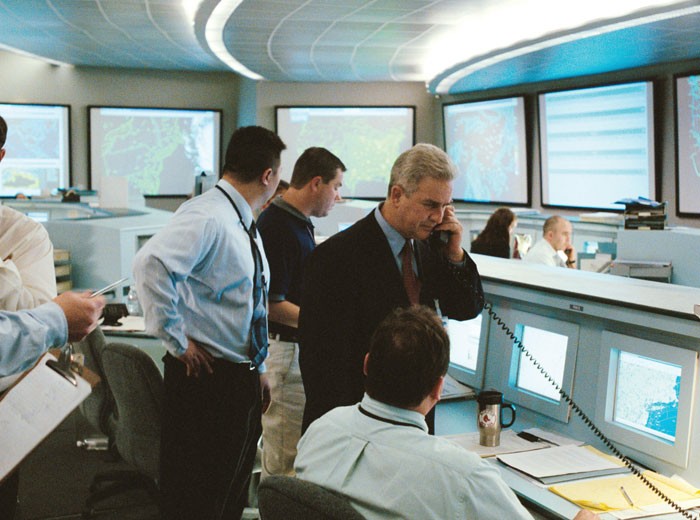 A re-creation of this incident like this could’ve gone the wrong way in making it somewhat offensive. Instead, this took the most mature and respectful route imaginable that’s well-shot and puts you in a state of terror. What was fictional and what was not wasn’t exactly a top priority for me when checking it out for the first time. The script is straightforward, with nothing holding it back before we see those who sadly met their fates. We actually saw the second plane crash into the World Trade Center through news footage, as well as the other people witnessing it from afar. Similar to Schindler’s List and Munich, Universal Pictures had added another memorable thriller to their name.

Let it be sure it might not be an easy watch for those who lose somebody associated in its 110 minutes, let alone those who lived in New York. Aside from a few moments where it can be described as a little slow when it cuts back to the air traffic control centers, this is what you would call an emotional thriller that gives us a glimpse of how it came to be. The film only earned two Oscar nominations, including Best Director for Greengrass and Best Editing. If you asked me, this should’ve gotten more nominations, which means Best Picture, at least. The talk about the film has died down a bit, and we should bring it up when the time comes. United 93 isn’t a thriller that’s re-watchable because of the circumstances, but if you haven’t seen it, it’s just been added on Netflix and it’s one of those films everybody has to see it once.