What has been going on with Universal Pictures and the movies they’ve released recently? Besides 1917, Cats was utterly disastrous, The Turning is currently getting trashed by critics, and now it looks like Dolittle was meant to be a bomb from the minute the trailer came out. Because there isn’t a single soul in this world that wants to see Robert Downey Jr. talk with the animals. Walk with the animals. Grunt, squeak, and squawk with the animals. Spoiler Alert: He doesn’t sing the song. There only one question to be asked in a time like this, “Who asked for something like this to be made?

What’s the Story: Dr. John Dolittle (Downey) is a veterinarian who can communicate with animals, but he has become a recluse after the death of his wife at sea with little human interaction. But when Queen Victoria (Wild Rose’s Jessie Buckley) has fallen ill, it looks like it’s up to Dolittle, his animals, and his new apprentice Stubbins (Harry Collett) to embark on a mission to search for a cure for her sickness. 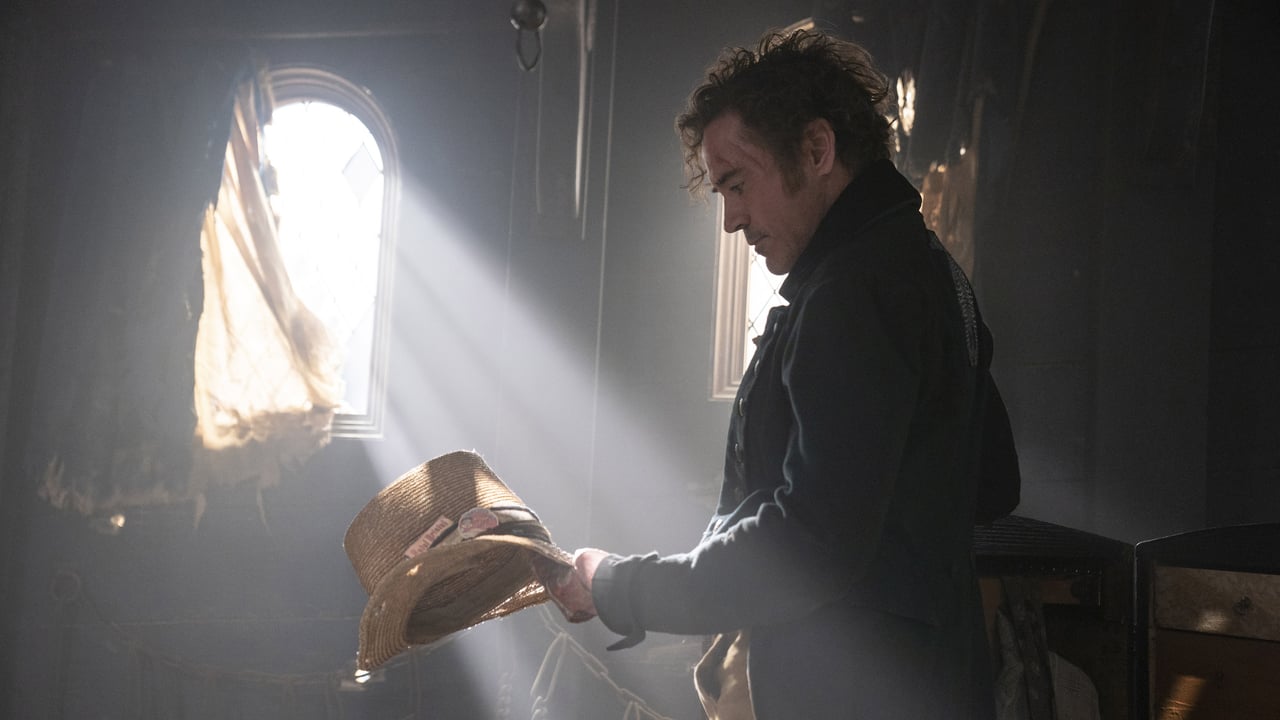 This isn’t the first time this character, based on Hugh Lofting’s books, has been brought to the big screen. In 1967, a musical with Rex Harrison came out with not the best reviews, despite winning two Oscars. But if you’re like me, then you might’ve grown up with the movies starring Eddie Murphy in its 1998 comedy and its forgettable 2001 sequel. First hearing about this project three years ago didn’t sound like a bad idea.

Yet, I totally forgot it was still coming when there have been no talks about it. None of the trailers were impressive, and it doesn’t help with the news of reshoots that took place last year helmed by Jonathan Liebesman, the guy behind the idiotic Teenage Mutant Ninja Turtles reboot, and had to rewrite new material after poor reception. If if it helped, it still made Dolittle the first movie of 2020 to be crap, which isn’t surprising for a January movie.

Downey Jr. is trying his hardest with this role, and this is the first thing he’s in after finishing the MCU for good? It’s pretty baffling. Not a crime drama or the third Sherlock Holmes movie. Dolittle. This man is the greatest, so it’s hard for me to say this performance was a head-scratcher trying to figure out what made him decide to be in this. Honestly, he was terrible as Dr. Dolittle. He speaks in this dumb accent that’s a hybrid of Scottish/Welsh throughout, which I don’t understand why he could’ve used his normal voice. His lines of dialogue weren’t easy to understand. As the main character we’re following throughout, there isn’t a moment we root for him when he just comes off as unlikable.

The other human characters didn’t look useful at all. With Michael Sheen in this, this doesn’t come as a massive surprise to figure out he’s going to be the antagonist who is Dolittle’s rival. I’m a fan, but he gives an over-the-top performance that wasn’t even hilariously bad. Also, recent Oscar-nominee Antonio Banderas doesn’t give a lot to offer as the pirate that’s connected to Dolittle. But how dare they have Jessie Buckley, who plays Queen Victoria, just laying in a bed the entire time?

But then this assembles a talented cast to voice the animals, but they’re stuck being attached to this movie now. There’s Emma Thompson as Polly, the macaw; Rami Malek as Chee-Chee, the anxious gorilla; John Cena as Yoshi, the bashlyk wearing polar bear, Kumail Nanjiani as Plimpton, the stockings wear ostrich, Octavia Spencer as Dab-Dab, the quirky duck with a stupid running joke; Craig Robinson as Kevin, a squirrel that was accidentally shot in the beginning, and somehow they got Ralph Fiennes as the vicious tiger Barry. Out of everybody, Malek was the one that felt miscast for some reason. He was fine enough, but there was no reason for him to be in this after winning his Oscar. 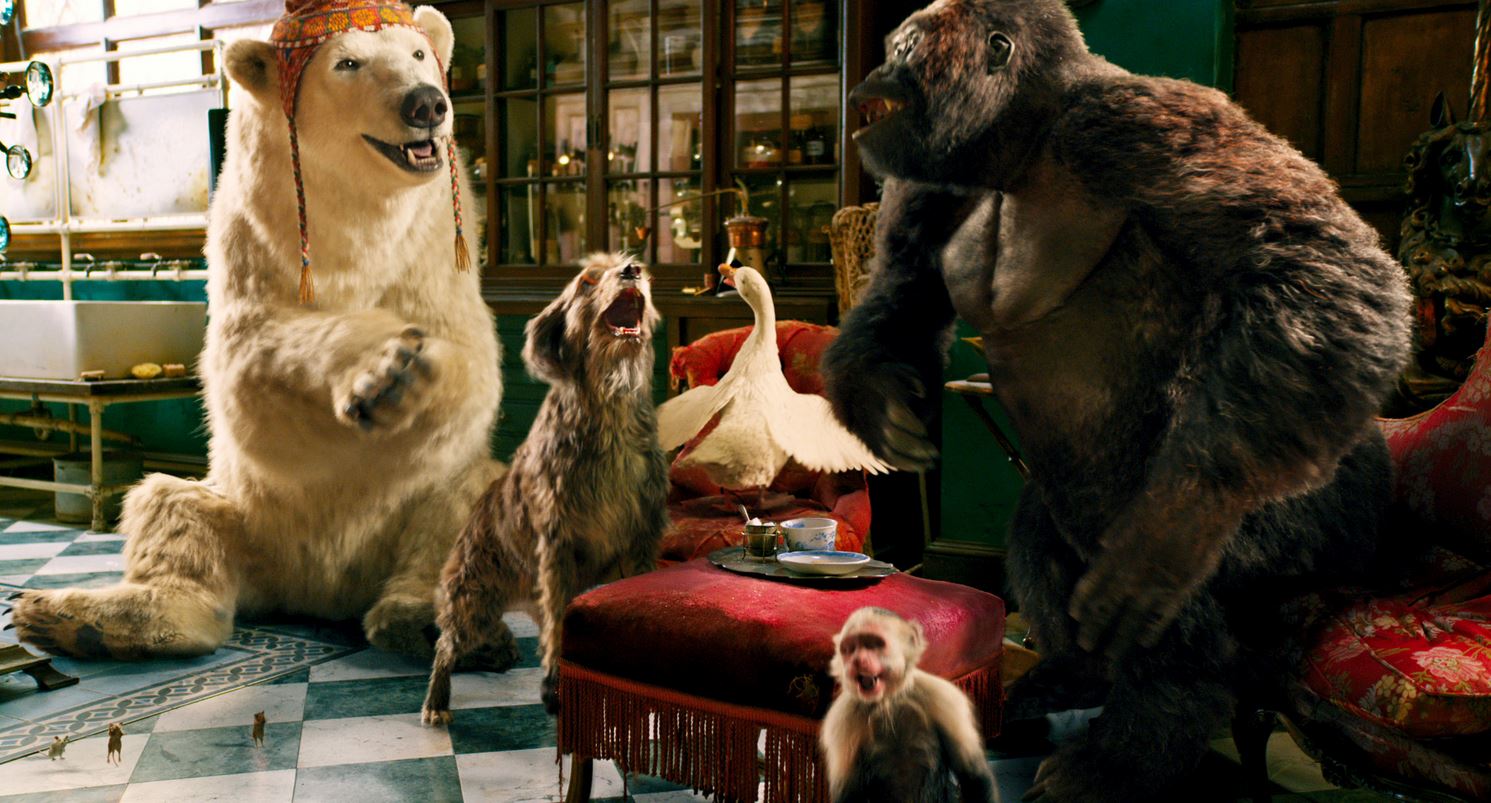 This also has Tom Holland as a dog, Selena Gomez as a giraffe, and Marion Cotillard as a fox being wasted with their voice work when the animals aren’t going along on this journey. The CGI work on the animals themselves wasn’t too good either when it’s clearly unrealistic and unconvincing in any action they provide.

Stephen Gaghan, the same guy who won an Oscar for writing Traffic, tackling this project sounded strange. As a director, he has done nothing well remembering besides Syriana. His direction of Dolittle wasn’t anything remarkable and didn’t have any singular moment that stood out. He’s also working with a story that’s unbelievably formulaic with nothing shocking. This whole adventure that Dolittle is going on never comes exciting when all it is painfully dull without being invested in its short runtime.

Events in this lacked major sense when it transitions from scene to scene with giving time to think about what happened. For a movie featuring a ton of animals, they aren’t interesting. Plus, the reason why they need to achieve this cure is never given a full explanation. Then it wraps up everything quickly, meaning I don’t have it sit through the credits with the Sia track playing.

This also wasn’t even funny. Like, at all. There was a quick moment that I smerked when Chee-Chee answered the door, but that was it. Even its references to Rush Hour and The Godfather just appeared lazy. Because kids will get it. It also seems like people will laugh when the humans are speaking in animal noises. Was there also a reason for the John Cena polar bear to say “bro” three times around this time period? I didn’t think so. But this also has the displeasure of having a scene where Dolittle performs a colonic to remove a bagpipe and other things from a dragon’s anus and then loudly farts in his face. You read that right, folks. I didn’t want to believe it when first hearing about it, but it’s the truth.

Dolittle is not delightful or enjoyable. This appears to be another bomb from the studio as it doesn’t look like it’s making back its $175 million budget. For this movie? Nope. This is just one of those movies that won’t have a lot of interest since this will likely bore them to tears, and there weren’t any in the theater when I saw it. It’s utterly lifeless. Downey Jr. puts out the most embarrassing performance of his career with a family film that’s truly stupid all over. Don’t waste your precious time on a mess like this.