“It’s a beautiful day in this neighborhood, A beautiful day for a neighbor, Would you be mine? Could you be mine?” Those words at the beginning of a classic educational show will never be forgotten decades later. With the smaller movies being overshadowed sometimes, Won’t You Be My Neighbor? takes a look at the incredible Fred Rogers and what made everybody loves him because of what he wanted to bring to every individual in the world. Just goes to show that kindness is the absolute key.

What’s the Story?:  This documentary focuses on the life of Fred Rogers and the creation for his famous kids’ television show, Mister Rogers’ Neighborhood: the classic show that ran over 1,000 episodes from February 1968- August 2001 where he teaches children lessons about many different topics that are relevant. 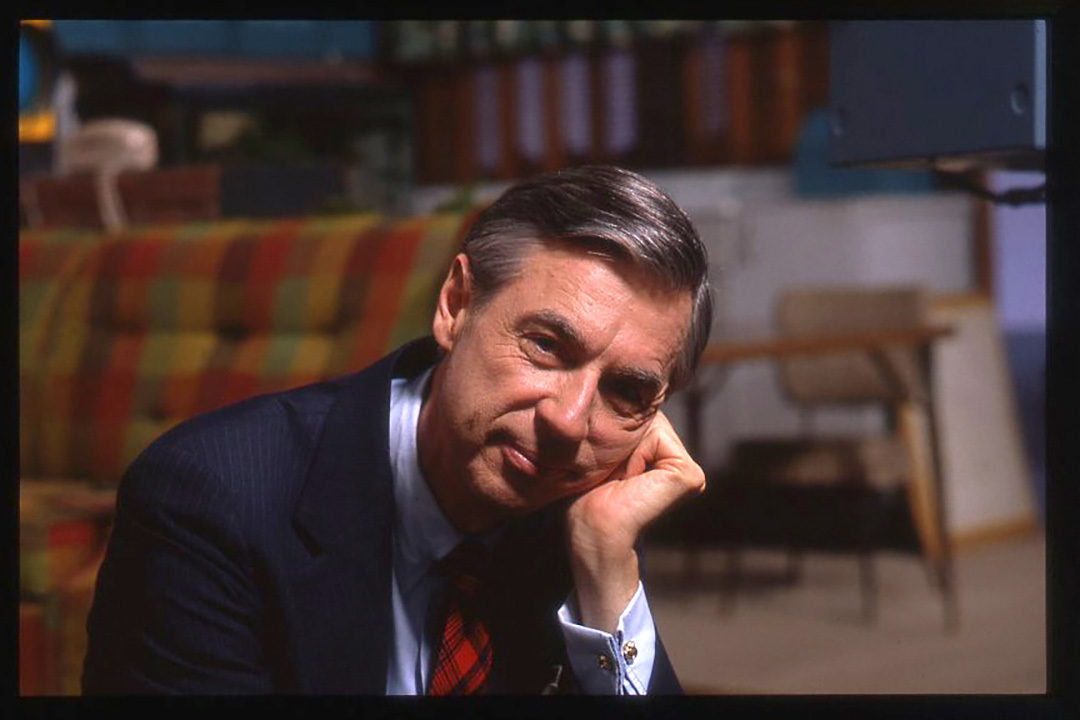 Going out to see documentary aren’t normal for my taste, but ever since I heard that there was a documentary about Fred Rogers back when it had it first premiered at Sundance, it had to be something special. I fondly remember watching his show on PBS when I was little and it became one of those educational shows that really taught kids lessons on everyday issues. Even the trailer for Won’t You Be My Neighbor? made me shed a tear, and don’t happen often when watching trailers. But Oscar-winning documentation Morgan Neville (20 Feet From Stardom) was the man who can tell the legacy of a brilliant man bringing joy to children in any way shape performed.

I really didn’t know anything about him, but there’s a lot that made him the person we cared to love. Before he wanted to be a part of television, the Pennsylvania born was about to be an ordained minister. He wanted to use this platform that nobody was doing around that time to make a connection with kids by spreading positively to the world. And I personally think he did. Enter the low-budget Mister Rogers’ Neighborhood where it has segments like the Neighborhood of Make-Believe, Daniel Striped Tiger, and special guests to make for an entertaining half an hour program. If he didn’t appear before Congress to save funding for PBS in 1969, we wouldn’t have the programs we have today.

This consist of archival footage from the show, behind-the-scenes, of Fred himself, and interviews with Joanne Rogers, François Clemmons, Kailyn Davis, etc. talks about their experiences with Rogers and how to impact they’ve become because of him and his show. These people give their honest take on this man for who he really is. Clemmons visited the show on occasion as “Officer Clemmons”, the friendly neighborhood policeman, when Fred wanted to set an example to how police were putting chemicals in swimming pools with African- Americans. Since racial tensions were high in the late 60s, he was there to share a waiting pool with the people you’re supposed to like. And Clemmon’s interview was fascinating on the basis that he was gay and it was at a time where you can’t have people know that.

When you were probably little, the show actually tackles subjects that talks about divorce, assassinations, death, and many other things that he would teach kids about. You would think it’s strange because young children wouldn’t be able to understand what he’s talking about when their minds for innocent, but it was a way to use this to how he felt about what’s going on in the world. I wouldn’t get it when I was younger, to be honest. But Fred was there to give sight that love is the answer to everything when there’s negativity when getting its message across. After 9/11, he had a tough time trying to get through a PSA without feeling dad about the tragedy.

It even takes light at addressing the backlash that Rogers had with his show with kids taking it seriously or something. There was even a time where he and his show were being made fun of on Saturday Night Live with Eddie Murphy in the classic Mr. Robinson sketches or Jim Carrey playing a pervy Mister Rogers on In Living Color. Sure, it was done for comedic purposes, but it left the wrong impression.

I’ll admit that it didn’t make me cry although a couple moments when the serious topics were discussed got to me. For instance, when Daniel Tiger asked Lady Aberlin if he was a mistake. That can easily resonate with so many people, especially with young kids, when they feel like nobody wants that person to be in their life. 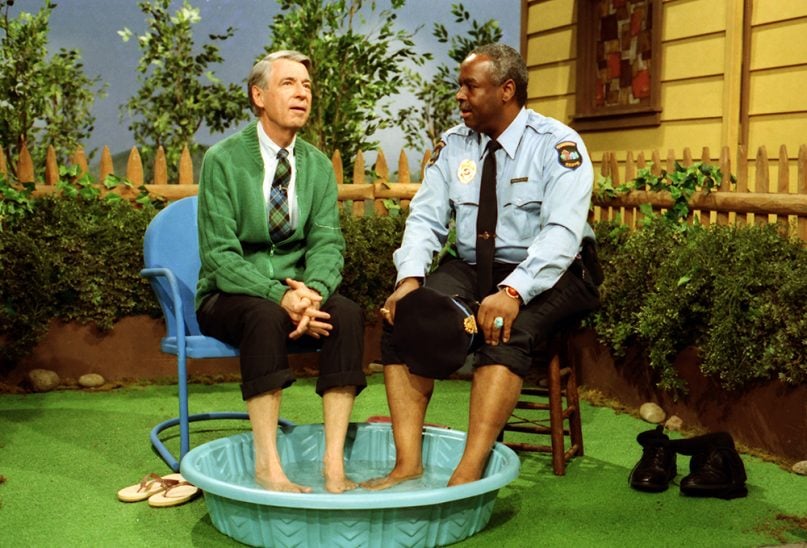 Really, the only problem that the documentary has is that I wanted to know a bit more on Rogers’ life when he was little and it might’ve been glossed over to get to the important stuff maybe. The film only last 94 minutes, and it could’ve been longer.

Won’t You Be My Neighbor? perfectly handles the fact that even though he’s been gone for a long time, after he died of cancer at 74 he’s still in our minds whenever he shows up with an important lesson. He appeared on an episode of Arthur entitled “Arthur Meets Mister Rogers”, and still to this day, it’s one of my favorite episodes of the show.

Daniel Tiger got to continue Mr. Rogers’ legacy with his own animated show on PBS, which I didn’t even know until recently. If that’s not enough, Tom Hanks will portrait him in the biopic, You Are My Friend, next year.

At this point in life, nothing feels like it’s gonna go uphill because of how the world is being treated. How do I feel about the world today? Sometimes it’s disappointing. Won’t You Be My Neighbor? turns out to be the kind of movie a lot of the need right now. This just comes to show that we as human beings need to do good to others. It’s easily going to be a strong contender for Best Documentary at the Oscars. There’s only one question that should come to mind after witnessing Won’t You Be My Neighbor?: Is it about time that we need the next Mister Rogers for today’s generation that can give off the same personality? I say yes.

Won’t You Be My Neighbor? explored the legacy that made Fred Rogers a meaningful person and why we need him more in today’s society in this excellent and touching documentary. Grade: B+

2 thoughts on “Won’t You Be My Neighbor?: Film Review”