The decade of the 2010s has shown its fair share of boxing movies such as The Fighter, Southpaw, and Creed. As for someone who’s always looking forward to any sports movie involving boxing, sometimes I get excited hearing about a biopic on a real person.

Bleed for This is based on real-life boxer Vinny “The Pazmanian Devil” Pazienza (Miles Teller), a local Providence boxer, shoots to stardom after winning two world title fights. After a near-fatal car accident leaves him with a broken neck, he is told he may never walk again. Against all odds and doctor’s orders, renowned trainer Kevin Rooney (Aaron Eckhart) agrees to help Vinny return to the ring just a year after the accident for what could be the last fight of his life.

At this rate, almost everybody enjoys an underdog story especially for someone who started out strong but lost it all later on but hopes to gain it all again in the future. For the first half of Bleed for This, it really grabbed my attention as it really shows Pazienza’s life around his family during dinner and between the people helping him trying to find a fight for him. In the long run, the story, while true, didn’t necessarily leave me caring that much while it’s happening.

Teller gives the best-committed performance sine Whiplash. He as Pazienza gave a deeply connected person who just had life made a dangerous turn as he wants to be back in the ring. But because of his accent, which leaves him wearing a “halo” for about six months, it’s a risk of what might happen to him. Besides him, the performances from Eckhart (great and unrecognizable), Ciaran Hans and Katey Sagal (who I thought could’ve been utilized more) were terrific. There wasn’t really anything new about this as each act structure is always the same with the formulaic clichés, which didn’t make the film more investing as it kept going. They didn’t go into his accent until 40 minutes in. 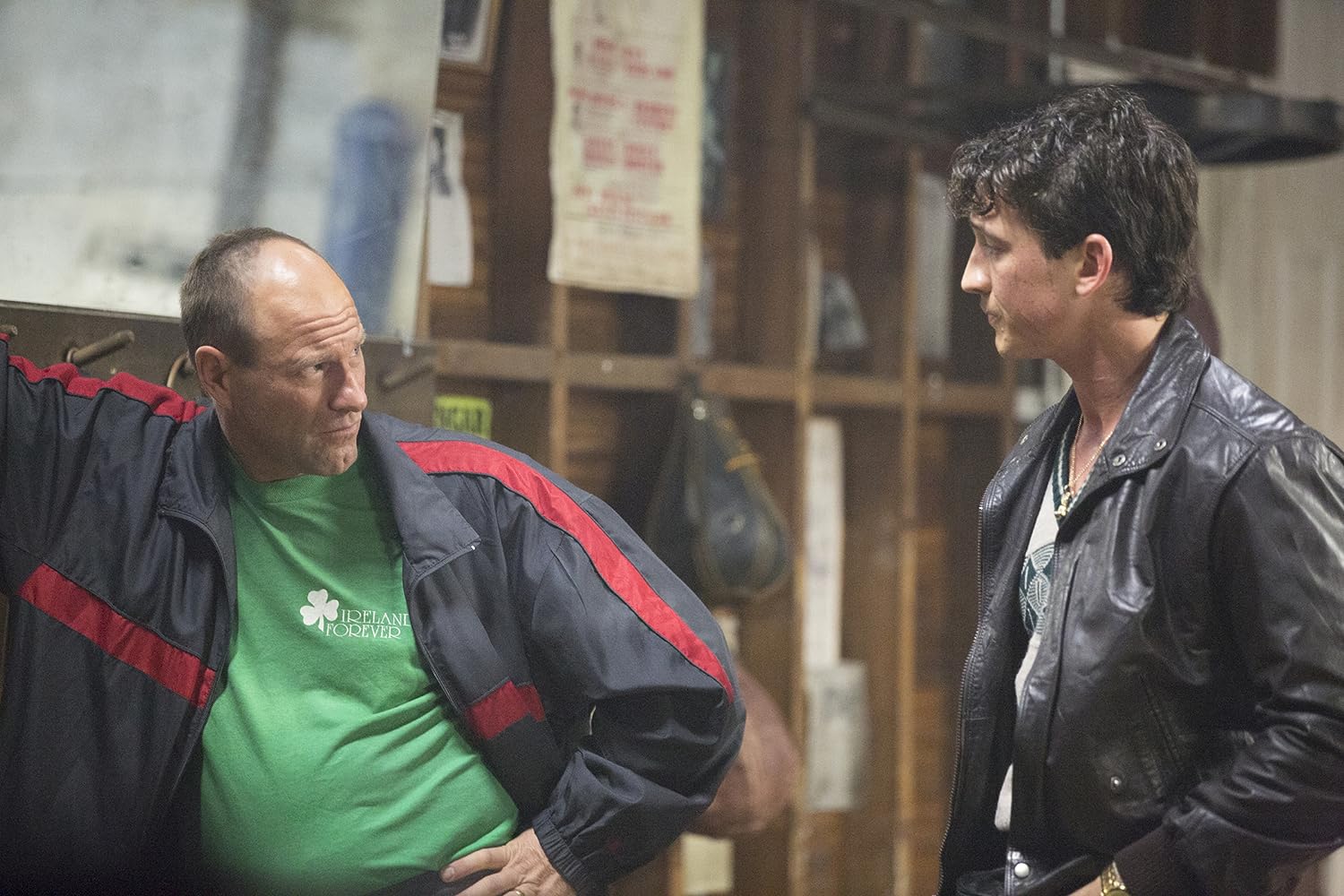 There’s, of course, a training montage set to good choices of music, and since it’s based on a true story, it’s pretty predictable, but I didn’t know where it was going so I was cool with how it ended. The boxing sequences were quite good though not very impressive. Nothing made me want to cheer at the screen but it was decent enough because it wasn’t that memorable when it’s over. There was anything like that one long take in Creed that’s outstanding.

Writer-director Ben Younger (Boiler Room) does pull off a likable person trying to get through all odds, but it isn’t enough to call this a paint-by-numbers boxing drama. It doesn’t have a re-watch-ability factor for this as much the other films mentioned earlier. Sadly, this isn’t a potential Oscar contender most people wanted it to be as it’s just alright albeit disappointing.

Bleed for This offered up a terrific Miles Teller performance, the real-life comeback story isn’t as convincing as it sounds.