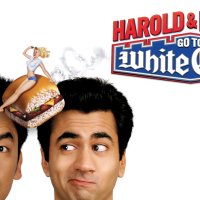 After the unstoppable force that was Titanic, which went home with a billion dollars and 11 Oscar wins to its name, it was hard to possibly imagine what writer-director James Cameron would follow up next in his filmography. All everybody knew was that it had to be essential for a 12-year gap between films. His name wasn’t gaining much momentum during the 2000s when he’s been producing projects and focused on a couple of documentaries. But little did the world know that years after his epic romance, he had the idea of a science fiction that would change the course of Hollywood history at the very end of the decade we’re still talking about now. That film-Avatar.

In the year 2154, natural resources on Earth were depleted. The most valuable of them is unobtanium, located on the lush moon Pandora in the Alpha Centauri Star System. Jake Sully, a paraplegic marine, is recruited to the plant after the death of his identical twin brother and takes on the mission to learn about the indigenous alien species, the Na’vi. With the atmosphere poisonous to humans, scientists created “Avatars,” remotely controlled hybrids of humans and Na’vi that will give him a chance to walk once more and collect intel. After its wildlife attacks him, he is rescued by the native Neytiri, who witnesses a sign from the goddess Eywa and thinks he’s someone special. This forces Neytiri to teach him about their ways of life, while also falling in love and has Jake conflicted about which side he’s really fighting for.

For the past 15 years of his life, this was all on Cameron’s mind for making Avatar come true. But, from the sound of it, the potential was certainly strong for what must’ve been his most ambitious film to date. But he didn’t want everything to come out a few years after his last effort because he wanted the technology to advance to make this world he created to look realistic as possible. I only started knowing about this around the start of 2009, and it was a long-awaited return for the king.

While the very first trailer didn’t give us an exact idea of what to expect (the definition of a tease), the second one, just a couple of months, lets us know the hype was real more than any blockbuster. I saw it on opening day, December 18, 2009, when my mom picked me up from school early, the last day before Christmas break. Pretty much a packed house, to, where I had to sit in the front with my 3D glasses, having no clue what I was in for. 13-year-old me was blown away by what I experienced, knowing little of how popular it’ll become. And after rewatching it for the first time in forever to prepare for the upcoming sequel, The Way of Water, it may not be the straight-up masterpiece I thought of, but it shows Cameron’s risk for entertainment.

Avatar proves wisely that Cameron and the sci-fi genre go together perfectly, like peanut butter and chocolate, where you can’t get enough of what’s being offered. In this case, it’s all about the world of Pandora, one of the most imaginative fictional worlds since OZ. He invites transport us into this world in awe, unsure of what is coming or how to learn about how life is lived there. And the biggest aspect of why people come back for Avatar is the visual landscape created by Weta Digital and Industrial Light & Magic. Even if you don’t care about the film, it’s not difficult to understand the beauty of Pandora, as it’s an environment unlike anything we’ve seen in cinema before, from its creatures to wildlife to the floating mountains and forest. So often, I wouldn’t notice it’s all done from a green screen/ inside a studio or forget the Na’vi characters were done by motion capture. It’s that visceral. I’ve only seen it once in theaters and subsequent viewings on the home release. My first instinct was to think the CGI was dated; I was wrong from what I watched. Watching it in 4K changed how it remains unforgettable years later. This seriously looks better than recent superhero movies or big scaled action movies.

Sam Worthington’s breakout performance as Jake Sully gave me leverage on how he’s exploring a world he is feeling more attracted to than reality. With this new avatar body, he can handle this sense of freedom when he can run, but he also has a mind of conflict with being a double agent and getting into this culture he never expected in a different body. A bit of an unknown at the time with his other prominent role came from the mediocre Terminator: Salvation. Cameron wanted someone to make it easy to connect to his character. Since then, they’ve pushed him too hard to be the next action star, but he doesn’t do a lousy job as Jake. Honestly, this is the most prominent role he’s ever played; you can’t even imagine what the film would be like if Matt Damon didn’t turn down the film.

However, the best performance everybody could hope for was Zoe Saldana, who also gave an impressive performance as Uhura in 2009’s best film Star Trek, giving the film’s best performance as the fierce and powerful Neytiri. And I completely forgot how incredible she is performing everything through motion capture. She’s just another kick-ass female character in a Cameron film (Ellen Ripley, Sarah Connor). To this day, I’ve never forgotten how incredible her scenes of rage and sadness were when she learned Jake’s been working with the enemy. As Colonel Miles Quaritch, Stephen Lang plays the cliched, but it’s a villain who fits right into the narrative.

The action is always captivating when it calls for it from Mauro Fiore’s breathtaking cinematography and the late James Horner’s score. The entire sequence with Quaritch’s men destroying the Hometree is fully immersive to watch again, and it’s perhaps the most emotional scene I got to me after this recent rewatch. The final battle on Pandora, where all of the clans and the military with their advanced weapons take to the sky, is truly epic in protecting their home ups the scale like no other.

Again, watching it now a decade later had me second-guessing myself about specific issues. Since it runs at 162 minutes, I’ve realized its setup in the first act can feel too slowly paced, and I can say the same thing leading up to the climax. But once Jake meets Neytiri, that’s when it kept my attention forward. And the most common thing about why certain groups don’t care for the film is because Cameron’s screenplay is pretty familiar, endlessly compared to the likes of Dances with Wolves, Pocahontas, or Ferngully with a white savior narrative behind it. I get it, but it’s become ubiquitous for movies to take certain traits to make it their own despite some weak dialogue in a few spots. Its reliance on particular messages of the environment or saving the rainforest wrapped around a science fiction metaphor for colonialism that was easy to catch even when it first came outs. Would I love it more if it were more original? Possible.

In the years since its release, Avatar has been the subject of backlash because of its popularity. Some love it, while others think it’s cool to hate it entirely, calling it “the most forgettable movie in pop culture” or “the most overrated movie of all.” Unfortunately, every video that uses that word in its title just doesn’t get it, and it’s become pretty annoying. This happens every time a movie breaks box office records, and while I don’t think it needed to make THAT much money, this is one of those films that needs a second chance.

Everybody was paying to see it, becoming a worldwide phenomenon. It held the #1 spot at the domestic box office for seven weeks straight, thanks to word of mouth. Then, to a surprise, it grossed $749 million domestically and over $2 billion worldwide, the most financially successful film of all time, before Avengers: Endgame recently dethroned it. Believe it or not, it’s not shocking that another Cameron film took the spot at the time. The 3D sales were so huge that studios got the not-so-bright idea to post-convert their movies into 3D. The attention was huge months after they nominated it for nine Academy Awards, including Best Picture. It won three: Art Direction, Cinematography, and Visual Effects (Duh) and lost both best director and picture to Cameron’s ex-wife Kathryn Bigelow for her film The Hurt Locker.

Nothing will ever top the theatrical experience since it’s the kind of film that had to be seen in theaters to understand why it got people talking for months. After its recent 2022 re-release, it still has a fresh legacy where people seem more positive about it than before. I would’ve loved to see it again in IMAX 3D. Overall, does it hold up 13 years later? Only some things to not call it flawless. However, some of those faults can be overlooked in focusing your attention on the dedication Cameron puts forward, which really makes me excited about what he has accomplished in The Way of Water.

Avatar might not hold up for many in high regard. Still, there’s no denying James Cameron creates a unique fantasy epic with outstanding visuals and standout performances from Sam Worthington and especially Zoe Saldana.

Avatar was released on December 18, 2009, and is now available on home release and is streaming on Disney+| Runtime: 161 Minutes| Rated PG-13 for intense epic battle sequences and warfare, sensuality, language and some smoking| Studio: 20th Century Fox.