Did you get the chance to see The Turning a few months ago? I wouldn’t blame you if you didn’t. Since this is an adaptation of Henry James’ ghost novella, “The Turning of the Screw,” this is the latest take on the story. While I haven’t heard of it until this promoted itself in the fall, this is still all fresh in my mind. Though sitting through its entire 94-minute runtime, it’s just a prime example of why horror movies like this are becoming worse with each passing year.

What’s the Story: Kate Mandell (Mackenzie Davis) takes a job as a nanny for two young orphans at an isolated Gothic mansion in the Maine countryside. She soon learns that the children — Miles (Finn Wolfhard) and Flora (Brooklynn Prince, The Florida Project) — are emotionally distant and unstable. When strange events start to plague Kate and the siblings, she begins to suspect that the estate’s dark corridors are home to a malevolent entity. 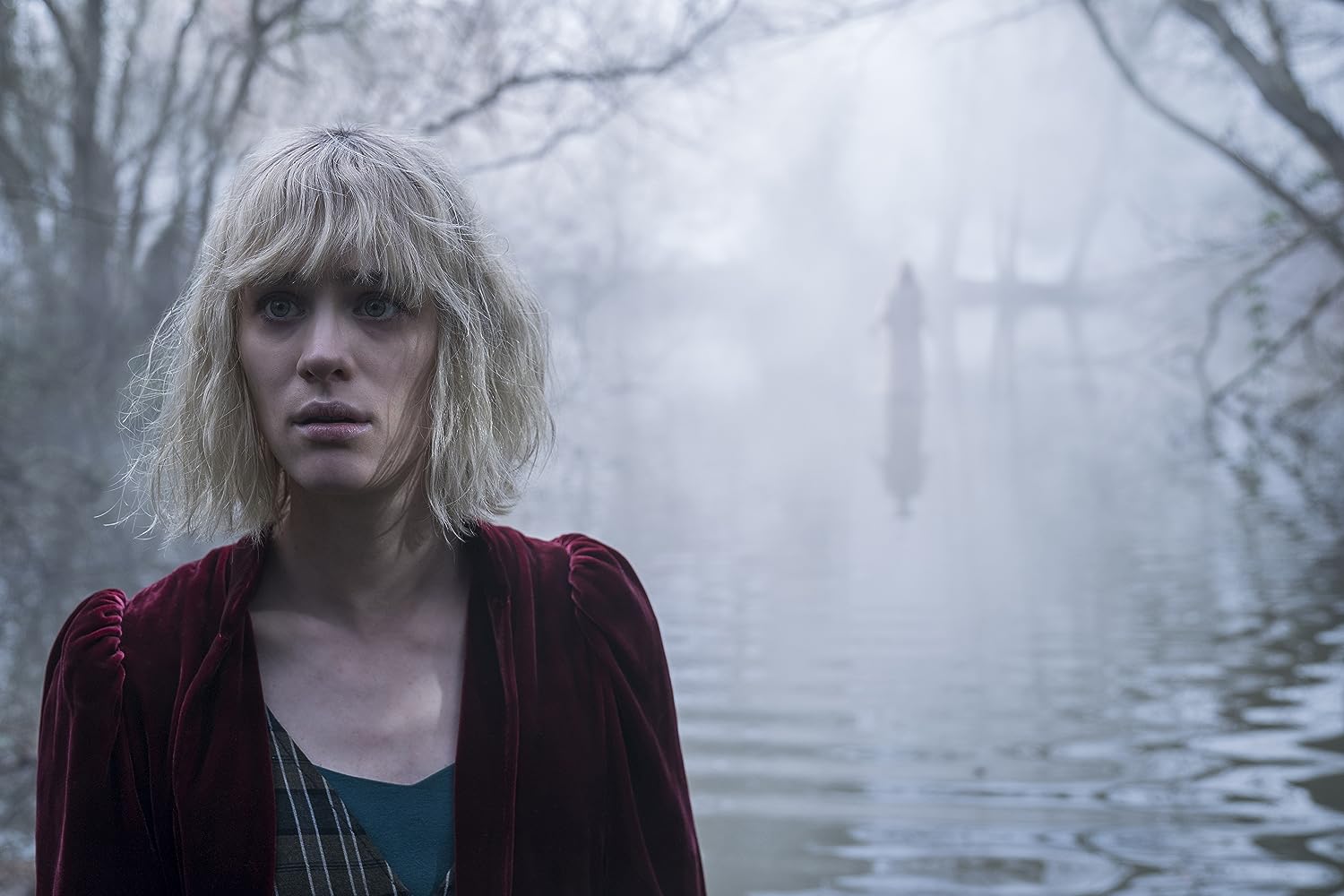 The Turning was a project I remembered hearing about four years ago when Steven Spielberg was originally attached to be an executive producer or something. That is until it involved some problems, and he decided to just cancel the film before shooting. They fired original director Juan Carlos Fresnadillo and replaced him with Floria Sigismondi (The Runaways). The trailer had me convinced this would not be scary at all. But there is some optimism with the cast and knowing that Chad and Carey W. Hayes (The Conjuring) was going to write the screenplay. Yet, for a January horror movie, I had zero expectations, and it turned out to be one of the worst movies of the year thus far. So, now I can see why someone smart like Spielberg jumped ship from this piece of garbage.

This is one of those movies where the best decision for me was to never watch it due to hearing how horrible it was from critics, especially when it came out at the beginning of the year. Throughout this, there’s honestly nothing going on in terms of the story. When you have a story centered around an eery location with creepy kids and there’s no smart way of even trying to make sense around it, you failed. Even when it started, there was no way of possibly getting me hooked to the rest of the story. Probably the only thing that I remember was that it takes place in the ’90s, around the time of Kurt Cobain’s suicide. Though, I didn’t get the point of having the setting there. Sigismondi tackles her second feature since she has more experience with directing music videos like Muse’s “Supermassive Black Hole” and Justin Timberlake’s Mirrors,” but there was no style to be found anywhere when it resorts to being painfully dry.

That includes the moments where it wanted to be scary. Any moment where it throws in a ghost of some kind to indicate the bland and cheap-as-hell jump scares, not a single time did it made me flinch or had me in a state of shock. No sense of tension. You got your mirrors to look at, slamming doors, etc. But do you know what’s scarier? A sewing machine that turns out by itself! I was disappointed with the screenplay by the Hayes twins since they’re capable of getting a fascinating story, even if it’s based on true events. Going for the psychological element was interesting enough, yet it’s all dwindled away in frustration. Sigismondi’s direction is some of the most boring stuff to come from the genre that couldn’t generate a single one of creativity in its short runtime. Nearly every shot was specifically made to put forward a scare that isn’t worth it in its supposed payoff. Yes, it’s supposed to be all moody, but in here, stylish isn’t the right word to consider the way the movie looks.

When it comes to my feelings about the performances, seeing these talented actors in this doesn’t help matters any better. Davis (my second Canadian crush) is always an actress to look forward to whenever she’s given the chance to be in the lead, but I couldn’t get a grasp of her character Kate. Prince was fine for what she had to do as Flora. She might be the one good thing I didn’t hate. That can’t be said about Wolfhard as Miles since it seems like his character traits are to be a dick or a creep around Davis, and it came off as pretty embarrassing coming from someone I like as an actor.

The movie was already on the fast-track on being bad, but it was the ending that truly made it the definition of stinks. I say this because, without spoiling, the third act did something that I was already dumbfounded with why they went that route and it was almost like they had no clue to wrap it up. Just try to imagine how pissed off I was when it was over if I did saw this in the theater, everybody else would have the same reaction. Did they just run out of time and had to make it an abrupt ending on the day of shooting? That’s my guess.

Believe me, if you saw The Turning in theaters and honestly thought it was scary, then you have terrible taste in horror movies because nothing about was remotely frightening. Everything aspect of this was executed poorly. This is just another January affair that wastes your precious time and leaving you with that empty feeling of no chills. I feel sorry for you, Davis because you should be in better work. Stay away and watch anything better to suit your time well.

One thought on “‘The Turning’- Film Review: Was This Trying to Be Scary?”