Welcome back to another edition of Throwback Session- Remember These Movies?, the recently new segment where I talk about what movies they released in 2010. Since I already talked about January, it looks like it’s about time to dive into what came out in February ten years ago.

Just like last time, I will talk about the said movie from the month and give my opinions on them, along with a few I never had the chance to check out. February kind of turned out to be typical following the first month of the year. Looking back at my perspective of how I perceive some movies that came out in the month, I don’t know how I liked any of these that I originally talked about positively. How did this month turn out back then? Well, look and reminisce.

Synopsis: When soldier John Tyree (Channing Tatum) meets an idealistic college student, Savannah Curtis (Amanda Seyfried), it’s the beginning of a strong romance. Over the next seven tumultuous years and separated by John’s increasingly dangerous deployment, the lovers stay in touch through their letters, meeting in person only rarely.

Did I See It? Yes, unfortunately, and Dear John is the only Nicholas Sparks movie I’ve seen in the theater. This came out during Super Bowl weekend, where my sister and I saw it. The downside with every Sparks adaption is the cheesy writing with characters growing apart when they’re just falling in love. I forgot this from my memory soon after I saw it. Let’s not forget that this dethroned Avatar at the box office. Probably the only thing that was kind of good throughout was the chemistry between Tatum and Seyfried, and this was at a point where I didn’t think Tatum was a good actor. Even after ten years, I’m pretty sure few people remember Dear John.

‘From Paris with Love’

Synopsis: James Reese (Jonathan Rhys Meyers) has a good job as an ambassador’s aid in France, but his real passion is a side gig, working in a minor role in the CIA. He would love to be a full-fledged agent and can’t believe his luck when he lands an assignment with Charlie Wax (John Travolta). Trigger-happy Charlie soon has James crying for his desk job, but when he learns that the same guys they’re trying to catch are after him, James realizes that Charlie may be his only hope of survival.

Did I See It? I didn’t, because it looked stupid. Pierre Morel is the same the director whose last film was Taken, which I love, and he’s following that up with an action where a bald John Travolta teams up with Jonathan Rhys Meyers while carrying a rocket launcher? Not for me. Travolta being over-the-top in action movies like this wasn’t new, though From Paris with Love hinged on being the ultimate guilty pleasure that’s both cheesy and containing an uninspiring story.

Synopsis: In a series of interconnected stories, various Los Angeles residents wend their way through the highs and lows of love during a single day. As the holiday unfolds, they experience first dates, longtime commitments, youthful crushes and connections to old flames.

Did I See It? Here’s a quick story: I wanted to see Valentine’s Day with this girl I had a crush on back in seventh grade. I asked a friend to give my number (house number) to her when I leave the bus (we rode the same bus). About three minutes later, she called and said no. What’s worse is that I heard those around her laughing. Talk about embarrassing. So, I saw it the next day by myself, like an idiot. For some odd reason, I loved it back then. As I got older, I grew to truly hate this ensemble comedy, just like the holiday itself.

This was the first of a few movies where late director Garry Marshall tackled movies centered on a specific holiday, but this was really one of his worst efforts. With a huge cast filled with great and bad actors (Ashton Kutcher, Jessica Alba and Beal), this has a ton of storylines that I didn’t care one bit about. The entire movie is about exploring and finding love, yet it made me more desperate when not everybody can relate. Valentine’s Day is just an overly long romantic comedy that was a cross between Love Actually and He’s Just Not That Into You. Everything about it was full of cliches and pointlessly bland at every turn. They even had the nerve to make a disrespectful Indiana joke.

This was also Taylor Swift’s acting debut, and just watching her act alongside Taylor Lautner was cringy. There was one reveal that was admittedly touching, but that’s all the sentimental value worth mentioning. Between this and New Year’s Eve, I’d prefer the former since the follow-up was such a disaster. You wanna know what’s worse? Sitting through the trailers for The Back-Up Plan, The Bounty Hunter, and Sex and the City 2 for the third chick flick movie in a row after previously seeing When in Rome and Dear John. The torture. By the way, Swift’s “Today Was a Fairy Tale” isn’t that bad of a song.

‘Percy Jackson and the Olympians: The Lightning Thief’

Synopsis: Based on Rick Riordan’s novel, always trouble-prone, the life of teenager Percy Jackson (Logan Lerman) gets a lot more complicated when he learns he’s the son of the Greek god Poseidon. At a training ground for the children of deities, Percy learns to harness his divine powers and prepare for the adventure of a lifetime: he must prevent a feud among the Olympians from erupting into a devastating war on Earth, and rescue his mother from the clutches of Hades, the god of the underworld.

Did I See It? Not only did I see it, but I read the entire book before it came out in seventh grade. That was something to be proud of. The first time I’ve ever heard of this series was when the first trailer was attached to Harry Potter and the Half-Blood Prince. Even when I was a teenager, there was a lot that the movie doesn’t include, but I just liked it. Years later, Percy Jackson and the Olympians: The Lightning Thief is such a trash adaptation.

How is it that the same guy who gave us the first two Harry Potter movies turns out this Harry Potter wannabe? The performances weren’t convincing enough to pay attention to, a lot of stuff from the source material didn’t make it in, and it wasn’t fun. Author Rick Riordan even said he didn’t like the final script. Since Disney owns Fox, fans are waiting for a reboot of the series, but as a streaming show on Disney+. 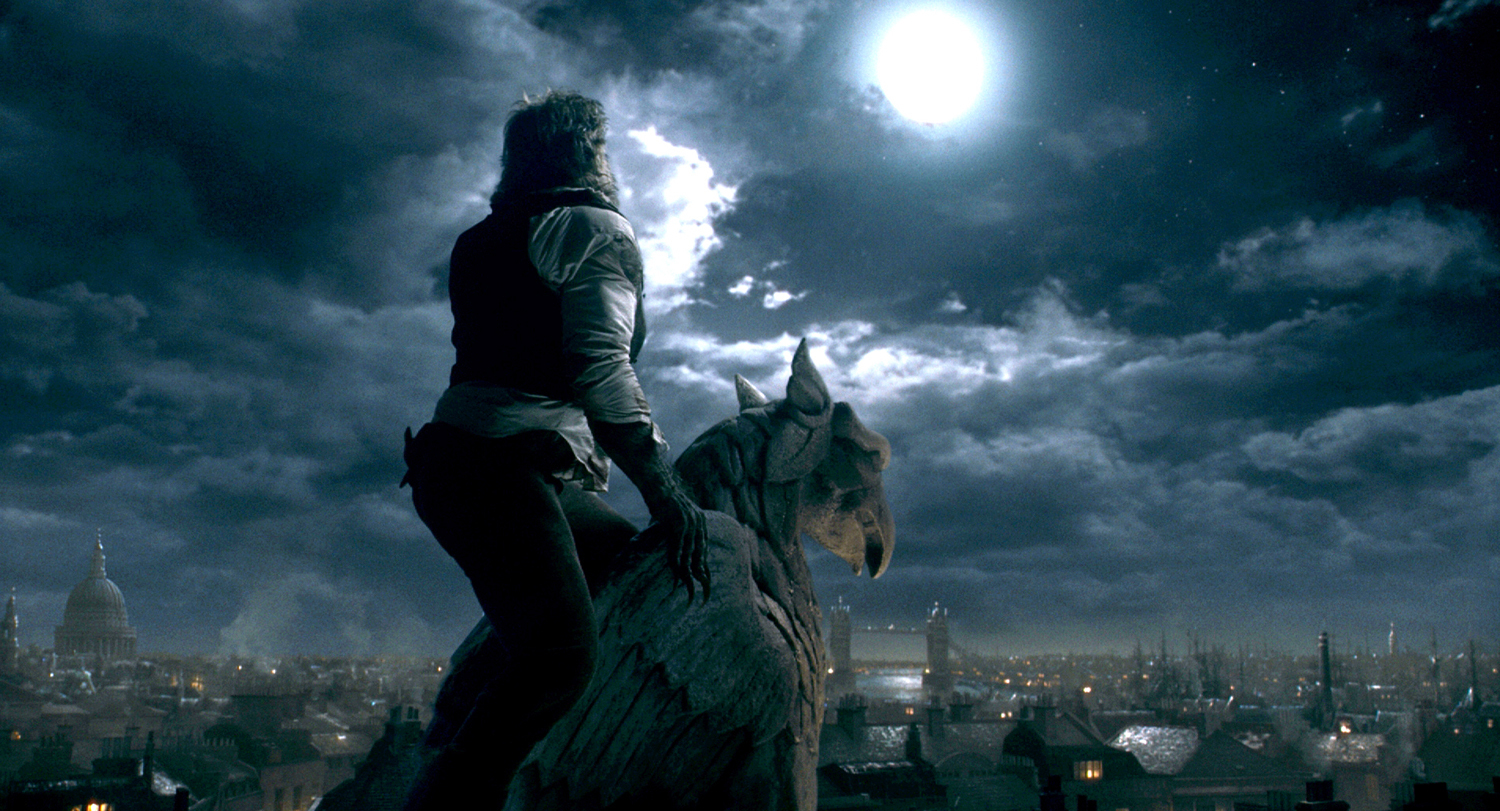 Synopsis: A practical man returns to his homeland, is attacked by a creature of folklore, and infected with a horrific disease his disciplined mind tells him can not possibly exist.

Did I See It? Not even on a full moon will I ever watch this. None of the trailers for The Wolfman didn’t look exciting at all. This was Universal Picture’s remake of the 1941 classic, which is one of the most recognizable films in that shared universe. Despite the name, the movie didn’t fare well with critics and only made $62 million domestically on a $150 million budget. All I heard about this that del Toro looked sleepy the whole time, had terrible pacing when there isn’t the werewolf around, and Emily Blunt was good. Despite hearing dismal things about Joe Johnston’s horror remake, this somehow won an Oscar for Rick Baker and Dave Elsey’s makeup.

Synopsis: Based on the novel by Dennis Lehane, U.S. Marshal Teddy Daniels (Leonardo DiCaprio) and his new partner Chuck (Mark Ruffalo) are sent to Shutter Island to investigate a psychiatric facility after one of their patients has mysteriously gone missing.

Did I See It? Shutter Island was the first Martin Scorsese film I had the chance of seeing in theaters. I was excited to see this, even though Paramount Pictures pushed this back from October to February, since it had this psychological thriller plot featuring Leonardo DiCaprio. Though many people love this film, I found it underwhelming when I first saw it, and I haven’t re-watched it since. Truth be told, I knew what the twist was, and it didn’t come as a surprise and it felt slow. But there are some positives that can be attributed to Shutter Island: All the performances were great, especially an Oscar-worthy performance DiCaprio, the cinematography was beautiful, and it had a good sense of tension with its location. Mixed feelings aside, I’m willing to give this another chance to see my thoughts change.

Synopsis: Veteran detective Jimmy Monroe (Bruce Willis) needs money to pay for his daughter’s upcoming wedding, so he decides it’s time to sell his prized ’52 Pafko baseball card. Before he can turn it into cash, it’s stolen, and Jimmy and his partner, Paul (Tracy Morgan), confront a gangster who is obsessed with sports memorabilia.

Did I See It? I saw Cop Out on opening day. What was wrong with me thinking this was a funny movie? Hailed as one of Kevin Smith’s worst movies, this is a buddy-cop picture that lacked anything good. Maybe it was because he didn’t write the script as it tried to replicate the old school ’80s cop movies. Why didn’t this work? Well, Bruce Willis and Tracy Morgan didn’t have any chemistry, the jokes are lazy, and it’s a major blemish on Smith’s career. Morgan was just annoying, while Willis just looked bored out of his skull throughout. The parts with Seann William Scott were a little chuckle-worthy, but that’s honestly it. A decade later, it’s no surprise to learn Smith hated working with Willis while filming, which is a shame since he has always wanted to work with Willis.

Do I think it’s worse than something like Taxi or Cop and a Half? Just barely, but it still sucks. If you want to watch a funny review of Cop Out, might I recommend the Schmoes Know’s review with guest star Rick Ingraham?

Synopsis: After a strange and insecure plane crash, an unusual toxic virus enters a quaint farming town. A young couple are quarantined, but they fight for survival along with help from a couple of people.

Did I See It? I didn’t. Though I have heard this remake of the 1973 George A. Romero original got mostly good reviews. I would’ve seen it because I love Timothy Olyphant, but it looks like every epidemic movie done before. The trailer looked creepy, especially with the usage of Gary Jules’ cover of “Mad World.”

Question: Have you seen any of the movies I talked about? If so, do you think they still hold up today?