Is it time for another edition of Trailer Catch-Up? Indeed it is. Last week went by pretty fast, but that means that we’re definitely in fall as it’s already October. Last week also had some trailers that were confirmed to come out, and they did.

Surgirngly enough, almost all of them are action movies. There was a new trailer for Bong Joon-ho’s Parasite, but I didn’t watch it because I don’t want to know anything else about it.

In the meantime, check out what I have to say about the trailers from the week below

First up, Warner Bros. released the biggest trailer of the week that’s right on time to be shown in front of Joker is for the next DCEU movie Birds of Prey, featuring Margot Robbie reprising her role as Harley Quinn. This spinoff follows Quinn as she protects this young girl with the help of Black Canary (Jurnee Smollett-Bell), Huntress (Mary Elizabeth Winstead), and Renee Montoya (Rosie Perez).

With this being the first thing that we’ve seen from Birds of Prey, I’m personally can’t get excited one bit about this. The trailer just a good job showcasing Robbie as Quinn, and I believe she’s going to crush this movie along with Ewan McGregor’s Black Mask. But there’s nothing in here that blew me away. Maybe it was the awful taste of Suicide Squad still in my mouth.

All that said, I’m curious to see what director Cathy Yan can pull off with the action, creating her style, and see if she can make a memorable time, especially with the R-rating. For now, I can’t say I’m anticipating this.

Next up, Universal Pictures released the second trailer for Sam Mendes’ upcoming war drama 1917. The film will follow two young British soldiers (George MacKay, Dean-Charles Chapman) who are on a race against time to deliver a message to the enemy’s side that could save thousands of lives.

May I say 1917 the film I want to see the most by the end year besides The Rise of Skywalker? This looks incredible! I first saw this when I saw Joker, and it was riveting. Just knowing that this will be entirely in one shot is blowing my mind on how everybody involved can make this happen. The action looks great, good tension, and Roger Deakins might as well win his second Oscar for his cinematography. Seriously, this is the best trailer all week.

Next up to talk about what was dropped online Sunday night was the second trailer for The King’s Man, the third installment and prequel in Matthew Vaughn’s Kingsman franchise. Taken place in WWI, the origins of the titular organization will be explored as they have to fight against history’s worst tyrants to stop them from wiping out millions of people.

The first trailer came out back in July, and it looked impressive. This feels and looks a lot different from the previous movie, which could work or have me worried. That said, the action looks awesome. I’m still not exactly anticipating The King’s Man, but hopefully, it will once we get closer to the release date.

Netflix released the first official trailer for Michael Bay’s next movie called 6 Underground, which is slated to premiere on the streaming service on December 13. Lead by Mr. Ryan Reynolds, this action thriller follows six billionaires, as they faked their deaths to become a squad to take down notorious criminals.

I hate Michael Bay as a director, but from the glimpses that came from this trailer, maybe he could be coming back to the days when it made good movies like The Rock or recently with the surprisingly decent 13 Hours. 6 Underground could wind up being completely stupid, and it already gives us the explosions and ridiculous action that’s to be expected from Bay. Am I going to watch it? Of course, I am. At least I don’t have to pay $10 in the theater this time around.

Next up, Warner Bros. released the trailer for Clint Eastwood’s next biopic Richard Jewell. The film stars Paul Walter Hauser in the true story of the titular security guard who stopped a planned bombing at the 1996 Atlanta Olympics. But after he was praised as a hero for saving thousands of lives, some accused him of being the suspect.

Eastwood has been directing a lot of films that come out very quickly over the past few years, which doesn’t bode well sometimes. I still haven’t watched The Mule yet. But, hopefully, Richard Jewell could be one of his better films to date. This is quite a fascinating story to be told, and it gives a glimpse of how the media changes people’s perspective on those who did something great.

Walter Hauser was such a great standout in I, Tonya, so I was happy to hear he was going to be in the lead. Not sure about Oscar chances since it just got a release date, but we shall see.

Lastly, STX Entertainment unveiled the trailer for Guy Richie’s latest crime comedy The Gentlemen, which boasts a huge ensemble that includes Matthew McConaughey, Charlie Hunnam, Henry Golding, Michelle Dockery, Colin Farrell, and Hugh Grant. McConaughey plays an American marijuana dealer in London and wants to cash out the business, which leads to other drug dealers and gangsters to get his domain for themselves.

I’m not a Guy Richie fan, but this seems like he’s going back to his roots in the crime genre instead of big-budget blockbusters. This honestly looks like the most Guy Ritchie movie ever directed by Guy Ritchie. Fans of his are going to get a kick out of this trailer. 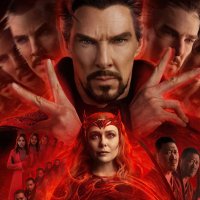 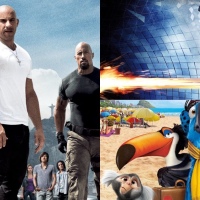